What if I am not as good as I thought? 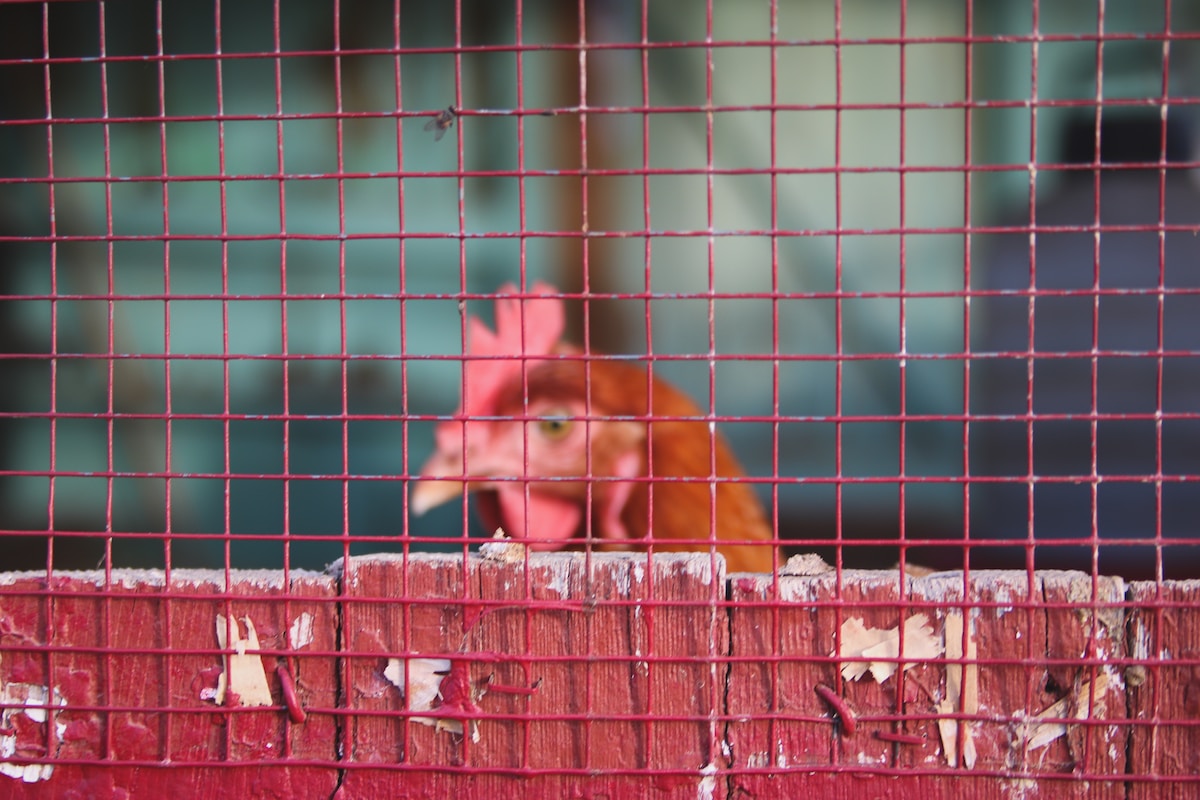 I thought I had a brilliant insight, and then someone who seemed more intelligent than me made me second guess myself.  I went down a rabbit hole until I found a video that reassured me.  Humans often do not make decisions based on logic.  Feelings play a huge role, and I keep trying to find a balance.  The 'Life of Pi' questions whether the story is better with the Tiger.  Was I fooling myself?  Was it my own personal Tiger?  Or did I need to question why I always defer my ideas to others?  It is tempting to be validated by others and be one of the cool kids.

However, doing so can trap you into a circle of trying to be more when you are already enough.  Instead of thinking that I am lacking, I can lean into the feeling and question why it comes about?  I have to learn to trust my gut feelings while letting logic prevail.  How do I know when the queasy feeling is because I am making a wrong turn or simply uncomfortable?  Shadows need light and something to block the light.  Shade can also provide a reprieve from the light and the opportunity to work on yourself away from prying eyes.  It is challenging to find the balance between my thoughts and my reactions to ideas that challenge my worldview.  Do you often jump to the worst-case scenario?  I used to fall into despair when other people disagreed with me because I often found myself in a zero-sum game.  However, the disagreements were not usually about empirical facts but subjective strategies.  For example, I could think that exercising first thing in the morning is the best way to incorporate fitness.  However, if someone I thought were an expert contradicted and said that it is better to exercise at night, the old me would try to figure out how to exercise at night, even though it would not work with my lifestyle.  How often do we contort ourselves to make everyone happy at our expense?

Being mindful has helped me to delve deeper into my reactions.  I had a very insightful conversation with a dear friend who challenged me about seeking vindication.  I was defining my worth on external factors.  When I was in college, Ed McMahon saved my life.  Every time I thought I would break down, I reminded myself that it was only a matter of time before Ed showed up with the winning Publisher's Clearinghouse prize envelope.  Was I fooling myself?  Absolutely?  Did it get me through the day?  Yes!  Even though someone else thinks it is a silly coping mechanism, it worked for me.  Being grounded is essential because it allows me to trust my intuition.  It is improbable that I will be all things to all people.  Sometimes, people will not accept my point of view, which is okay.  I am finding my way.  What works for me may not work for you.  What works for you may not work for me, but I will still learn something from others.

We often want to climb a mountain and find some wise spiritual leader to enlighten us.  We can inspire ourselves.  As Alan Ibbotson says, "We're all winging it, darling." I can tell you what worked for me, but it does not mean it will work for you.  Perhaps you will take the essence of what I said and apply it in new and different ways for your life.  As we get new data, we can change our models and paradigms.  At this point in my life, I no longer need Ed McMahon.  I am not the person I was back in college, and tomorrow I will not be the person I was yesterday.  My goal is to evolve and continue to grow, which is why I often hashtag "Trust the process." As a recovering perfectionist, I am learning to be okay with not getting it right all the time.  I will continue telling myself stories that sneak in truths in more palatable ways until I find the language I need to level up.  Will you be the author of your life or let someone else tell your story?  Namaste

If you are enjoying this blog, please subscribe. Also take a listen to an expanded version of today's post as a story on my new podcast.

Intro: Uplifting horns, Welcome to another edition of Things to Think About. Here's Stacy!

Podcast:  Welcome to the Things To Think About Podcast where we use fables and fairy tales to come to deeper truths about our subconscious world.  I’m Stacy Casson and today’s tale came from a question where someone asked What if I am not as good as I thought?  We will explore this topic in a tale I call, Beyond the Chicken Coop.  And now, get comfortable and relax.  Take a Deep Breathe in and exhale.  A Deep Breath in, and exhale.  Deep breath in an exhale.  And if you'd like, you can slowly...close...your eyes.

Once upon a time, a brave little hen decided to escape the chicken coop.  While pecking at some corn, Henrietta had deeply pondered how she had gotten into such a rut.  Every day she got the same bland corn and occasionally a juicy fly, but she was in a state of lethargy.  Her current life was death by a thousand clucks.  Then, finally, it came to her while sitting on her eggs.  She was scared.  Every time she returned to the coop at night, the eggs were missing.  She was desperate to see what would hatch and wondered when the farmer would come for her instead.  Then, one day it rained heavily, and there were puddles all around.  She peered into a pool looking for a stray kernel and saw something that ruffled her feathers.  In the puddle was a handsome man beckoning to her.  "Join me," he implored.  "In my world, you can keep your eggs and dine on the finest seeds and fruit." His offer was tempting, but something about his demeanor made her nervous.  "I was already planning to leave the coop," she responded.  "You will never make it on your own," he retorted.  "What do you know of the wider world?  I have lived a lifetime and can show you things undreamed," he coaxed.  She was sorely tempted but saw dark things in the water as well.  "I am flattered that you would want to bestow such gifts on me, a humble hen, and am grateful for your warning about the outside world.  I will find my way," she said and walked away from the puddle.

The next day, the ground had dried up, and the hen put her plan in motion.  She waited until the farmer left after feeding them and ate some corn for good measure.  She had spied an opening by some bushes near the fence.  It's now, or never she told herself and squeezed through to the other side.  "Hello, Henrietta," said another voice.  The little hen froze as a strange light encircled her.  A winged being who juggled two lights was before her.  It was not a rooster, but it wasn't easy to tell because of the lights.  One was bright as the sun, and the other glowed with a dark light.

"Little hen, where will you go?" it rasped.  "Have you thought this through?  How will you live?  Will you leave one bondage for the tyranny of surviving?" Henrietta responded, "What kind of life do I have in my gilded cage?  The farmer is kind and does not mistreat us, but I will never see my eggs hatch!" she spat.  The little hen had seen what had happened to other chickens in the coop.  She had tried to engage them in conversation, but they thought her odd with her wild ideas about freedom.  "Whether I make it or not is not up to you.  I will find my way," she retorted.  There had to be a middle way.

As she huddled in the lower branches of a tree for the evening, the hen reflected.  She had not found any seeds or berries and was hungry.  Perhaps she should try to find the man in the puddle.  "Just like that?  You're giving up?" She had a vision of a life beyond the coop.  She was going to get far away and find a community of like-minded birds.  Who knew?  Maybe she would find a rooster and finally hatch her eggs.  She realized the rest of the flock thought she was an odd duck.  They pointed out they lacked nothing, and the farmer protected them from danger.  She remembered staying quiet because she was not going to convince them.  She only needed to convince herself.  While the others grew fat and complacent on corn, she grew observant.  She noticed how to find worms and insects in the grass.  She paid attention to what berries the wild birds pecked at when they visited.  "I know I can do this even though it's scary."

The following day she continued her journey keeping an eye out for foxes in the forest when she came upon a laughing man.  "What's so funny?" she asked him.  "People, ha ha, people keep coming to me for wisdom, ha ha ha, "he chuckled.  "As if I have the answers.  ha ha Yes, I have climbed the mystical staircase, but you know what's up there?" he asked the hen.  "No," she timidly responded.  "More bloody questions," he responded and roared with laughter again. ha ha ha ha ha!  "Why are you out here in the forest, dear hen?  I'm sure some farmer is missing you," he enquired.

"The farmer does not miss me, only the fruit of my womb.  I lay eggs and when I return, they are gone.  I want to enjoy my own labor and the sweet taste of freedom," the hen responded.  "I have already tasted so many new things in the past day versus my entire life on the farm.  I want to find a bigger pasture, free from cages and birth my eggs," she passionately stated.  "Ah, little hen, you have withstood the temptation of stagnancy and walk a fine line between living and being hunted.  I will reward your courage, though I warn you, there may not be a prize," he noted.  "Behind me is the mystic staircase.  If you are able to see it you may climb, or you can continue on your journey.  The choice is yours," he offered.  The little hen thanked the laughing man for his generosity and then took a step.

If you enjoy the podcast, please show your support:  https://anchor.fm/stacy-casson/support

Powered by Strikingly
All Posts
×